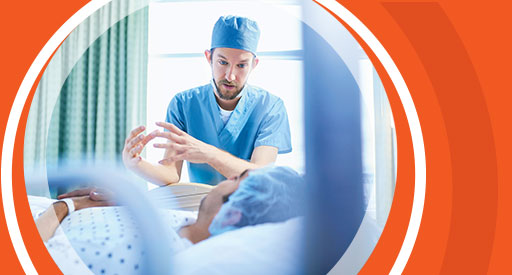 
AWARENESS IS THE BEST MEDICINE Arm yourself today! The World Health Organization (WHO) classifies hepatitis as an inflammation of the liver caused by viral infection. There are five main types of the hepatitis virus: A, B, C, D, & E. Of these types B and C are known to become chronic diseases and are the most common causes of liver cancer and cirrhosis. Vaccines are available for A and B, and it is recommended that all people over the age of two get inoculated.
Read More


DON?T IGNORE THE SIGNS Early Detection is Key According to the Men?s Health Network, the purpose of Men?s Health Month is to raise awareness of preventable health problems and to encourage early detection and treatment of disease among men and boys. On average, men die at higher rates than women from the top causes of death which include: heart disease, cancer, injuries, strokes, respiratory disease, diabetes, influenza & pneumonia and suicide.
Read More


SMALL CHANGES. BIG REWARDS. Get Heart Healthy Today! The leading cause of death for both men and women in the United States, heart disease, is the culprit behind 600,000 deaths a year. Certain conditions and lifestyle factors may put people at higher risk for developing heart disease. Help prevent heart disease by making healthy choices and better managing medical conditions.
Read More


A NEW YEAR. A FRESH START. Opportunities for Growth and Improvement Whether seeking to develop or augment personal or professional skills, one thing remains true, finding time to focus on newly set goals is challenging. By changing a few of your daily routines you can maximize your time and become more efficient throughout your work day. Tips to increase efficiency at work:
Read More

Your Brand, Your Promise


COMMUNICATION IS KEY Creating and Managing Expectations Mistakenly referred to as the aesthetics of an organization, a brand is ??the intangible sum of a product?s attributes.? For a medical practice, its brand is the promise made to its patients on the type of service they can expect while under its care.
Read More


May help streamline reimbursement Effective for dates of service (DOS) on or after January 1, 2013, the Centers for Medicare & Medicaid Services (CMS) has issued a new permanent HCPCS billing code for EYLEA? (aflibercept) Injection
Read More


Dear Distributor/Pharmacist, This letter is to inform you that Genentech is introducing a new Insulated Shipping Container (ISC) for small parcel shipments of controlled temperature products (2-8?). Genentech will begin the transition to the new ISC as early as November 12, 2012. Please inform all appropriate personnel within your organization of this change to ensure proper receipt and storage of Genentech temperature controlled products shipped via small parcel. Please refer to the table below for a comparison of the Current ISC and the New ISC:
Read More


As it has been reported, The New England Compounding Center (NECC) has voluntarily expanded its recall to include all products currently in circulation that were compounded at and distributed from its facility in Framingham, MA. Please rest assured that CuraScript SD does not source its products from compounding pharmacies. Products distributed by CuraScript SD have not been affected by this recall. For more information about the this recall or about Fungal Meningitis visit the Centers for Disease Control and Prevention site at: http://www.cdc.gov/HAI/outbreaks/meningitis.html Regards, CuraScript Specialty Distribution
Read More


Hospira is issuing this Important Safety Information letter to alert Healthcare Professionals to the potential overfill of volume amounts in the pre-filled Carpuject syringe system. This also includes the 2 mL iSecure presentations of midazolam and ondansetron. Hospira has received reports of Carpuject syringes containing more than the labeled fill volume of medication than is stated on the label. See attached for list of affected products and lots.
Read More


HOSPIRA ANNOUNCES IMPORTANT SAFETY INFORMATION REGARDING CARPUJECT SYRINGE SYSTEM AND THE POTENTIAL FOR OVERFILL -- Company requests healthcare professionals visually inspect and confirm the fill volume prior to administration -- LAKE FOREST, Ill., May 18, 2012 ? Hospira, Inc. (NYSE: HSP) announced today that it is notifying healthcare professionals regarding the potential for overfill in the pre-filled Carpuject? Syringe System, as some syringes may contain more medication than is stated on the label. The notice applies to Carpuject syringes and the 2mL iSecure? presentations of midazolam and ondansetron within expiration, which includes the following 15 drugs, all of which were manufactured between June 2010 and February 2012.
Read More